“ADHD is fraud intended to justify starting children on a life of drug addiction.” 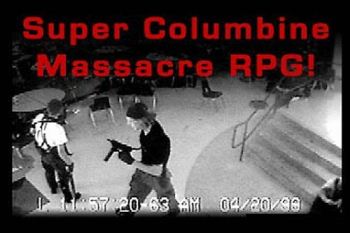 One of the most celebrated battle rifle manufacturers, John Noveske, mysteriously died in a car crash in southern Oregon days after posting on Facebook about the link between psychotropic drugs and shootings.

John Noveske is one of a few prominent Second Amendment supporters to die this month under mysterious circumstances. Less than a week before he died, Noveske ended his Facebook post with, “What drugs was (school shooter) Adam Peter Lanza on?”

Respectfully, where John left off, I will take over and give America the answers John and the American people were looking for.

This dramatic increase in usage could possibly be in direct connection to the controversial TeenScreen survey given to children as young as 9 years old in public schools. TeenScreen has been responsible for policing the mental health of students over the past decade.

More and more public schools have brought in the manipulative survey for children, setting them up for a prescription. For example, one of the questions asked is: “Has there been a time when you felt you couldn’t do anything well or that you weren’t as good-looking or smart as other people?” Another question is: “In the last year, has there been any situation when you had less energy than usual?”

Nearly 20 percent of students who take the survey are then labeled mentally ill, which leads to a prescription. This process is being sold as suicide prevention; however, the U.S. Preventive Services Task Force found “no evidence” that screening for suicide risk reduces suicide attempts.

In past generations, parents would train their children in the way they should go, using the rod of correction (Proverbs 22) to drive foolishness from the hearts of their children, while the pharmaceutical companies compete for the position contrary to that which God commanded.

In the meantime, pharmaceutical companies are raking in hundreds of millions of dollars a day while America’s students are used as political and medical guinea pigs.

Note: most Americans don’t even realize that Obama is attempting to deputize the medical industry to screen the mental health of every American.

Are Antidepressants Worth Taking?

So what drugs was Adam Peter Lanza on?

Louise Tambascio, a family friend of the shooter and his mother, told the CBS News program, “60 Minutes,” that Lanza “was on medication and everything. … I knew he was on medication, but that’s all I know.”

Another case is James Holmes, the Aurora “Batman shooter.” Reporting on newly released court papers, the Denver Post stated that police removed four prescription bottles and immunization records from Holmes’ apartment days after the shooting. During the trial, the names of the medications were redacted for “privacy reasons.”

To take it another step further, the video above, an excerpt from “My War,” explores what John Noveske pointed out – namely, the alarming studies linking antidepressants to school shootings.

One Response to School Shooters and Pharmaceuticals