Resistance to Tyrants is Obedience to God

I went at your bidding, and passed along their thoroughfares of trade. I ascended their mountains and went down their valleys. I visited their manufactories, their commercial markets, and emporiums of trade. I entered their judicial courts and legislative halls. But I sought everywhere in vain for the secret of their success, until I entered the church. It was there, as I listened to the soul-equalizing and soul-elevating principles of the Gospel of Christ, as they fell from Sabbath to Sabbath upon the masses of the people, that I learned why America was great and free, and why France was a slave. 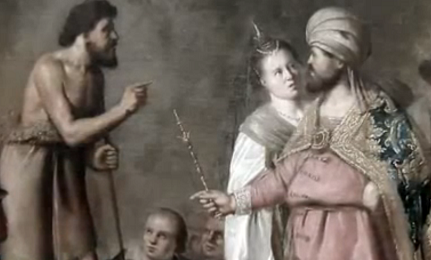 A few years before Dr. D. James Kennedy passed away, I spent an afternoon with him at his church in Florida. Dr. Kennedy was the founder of world-renown Coral Ridge Ministries, known for stating on national television regarding abortion, “Four thousand die daily and 300,000 pulpits are silent.”

On one occasion, Dr. Kennedy told me that while he was holding a large convention at his church, the homosexual lobby was protesting him.

A pastor attending the convention was shocked and asked, “Why is your church being protested?”

D. James Kennedy corrected this pastor with a relevant question: “You mean, your church doesn’t get protested?”

America, Fight for Your Rights

America is looking for the Christ 78 percent of Americans claim they serve.

Agree or disagree with him, Rev. Charles Finney stated:

How deprived is the understanding of the modern church when it comes to its own history!

What Happened to Our Pastors?

Nowadays, effeminate hirelings have infiltrated the pulpits – pulpits they have no business occupying.

By the looks of them, I can see why the enemies of America are so encouraged. Instead of preaching against sin (transgression of God’s Law – 1 John 3:4), these hirelings accept sin, attempting to cover it with a false grace – and in so doing, teach their congregants to war against a just and holy God (Micah 3:5).

What a contrast to the preachers who thundered from America’s pulpits before, during and after the Revolutionary War, causing the colonists to stand up in the face of tyranny. The British labeled them as the much-feared “Black Robed Regiment.” The British were not the only ones who recognized them as the bulwarks of America’s Independence:

Mighty men they were, of iron nerve and strong hand and unblanched cheek and heart of flame. God needed not reeds shaken by the wind, not men clothed in soft raiment [Matthew 11:7-8], but heroes of hardihood and lofty courage. … And such were the sons of the mighty who responded to the Divine call.

The ministers of the Revolution were, like their Puritan predecessors, bold and fearless in the cause of their country. No class of men contributed more to carry forward the Revolution and to achieve our independence than did the ministers. … [B]y their prayers, patriotic sermons, and services [they] rendered the highest assistance to the civil government, the army, and the country.

The Constitutional Convention and the written Constitution were the children of the pulpit.

Today the professed church is attempting to flee from its responsibility to be part of the political process when in fact God is the one who gave government (Exodus 18:21). The church is to overcome evil with good. And as our forefathers rightly stated, “Resistance to tyrants is obedience to God.”

Let’s look at the primitive church’s actions through Scripture so we can reform and align ourselves with God’s original intent for the church. And surprise, surprise – guess who they were standing against?

This entry was posted in Homosexual activism, Our Christian heritage, Trap of tyranny and tagged homosexual, pastor, pastors, protest, protestant. Bookmark the permalink.