Consequences Of Treason Is Death: Facebook Proves Once Again That They Are Subversive To American Law & Government!

“Whoever, owing allegiance to the United States, levies war against them or adheres to their enemies, giving them aid and comfort within the United States or elsewhere, is guilty of treason and shall suffer death…” -18 U.S. Code & 2381 – Treason

Friends, when reading the Preamble to the US Constitution, it states that “We the People of the United States, in Order to form a more perfect Union, establish Justice…”  The very first thing that our forefathers established was justice (Isaiah 51:4).

When looking through to the provisions given concerning justice, we can find in Article III, Section 3:

Treason against the United States, shall consist only in levying War against them, or in adhering to their Enemies, giving them Aid and Comfort. No Person shall be convicted of Treason unless on the Testimony of two Witnesses to the same overt Act, or on Confession in open Court.

Last week, subversive Facebook paid special attention to my social media platform page, as they have over the last 10 years and decided to pull a post highlighting American law against those who are guilty of the act of treason (Luke 22:48).

Once again, we can see what they are attempting to do when it comes to covering for the guilty, as well as themselves (Jeremiah 11:9). 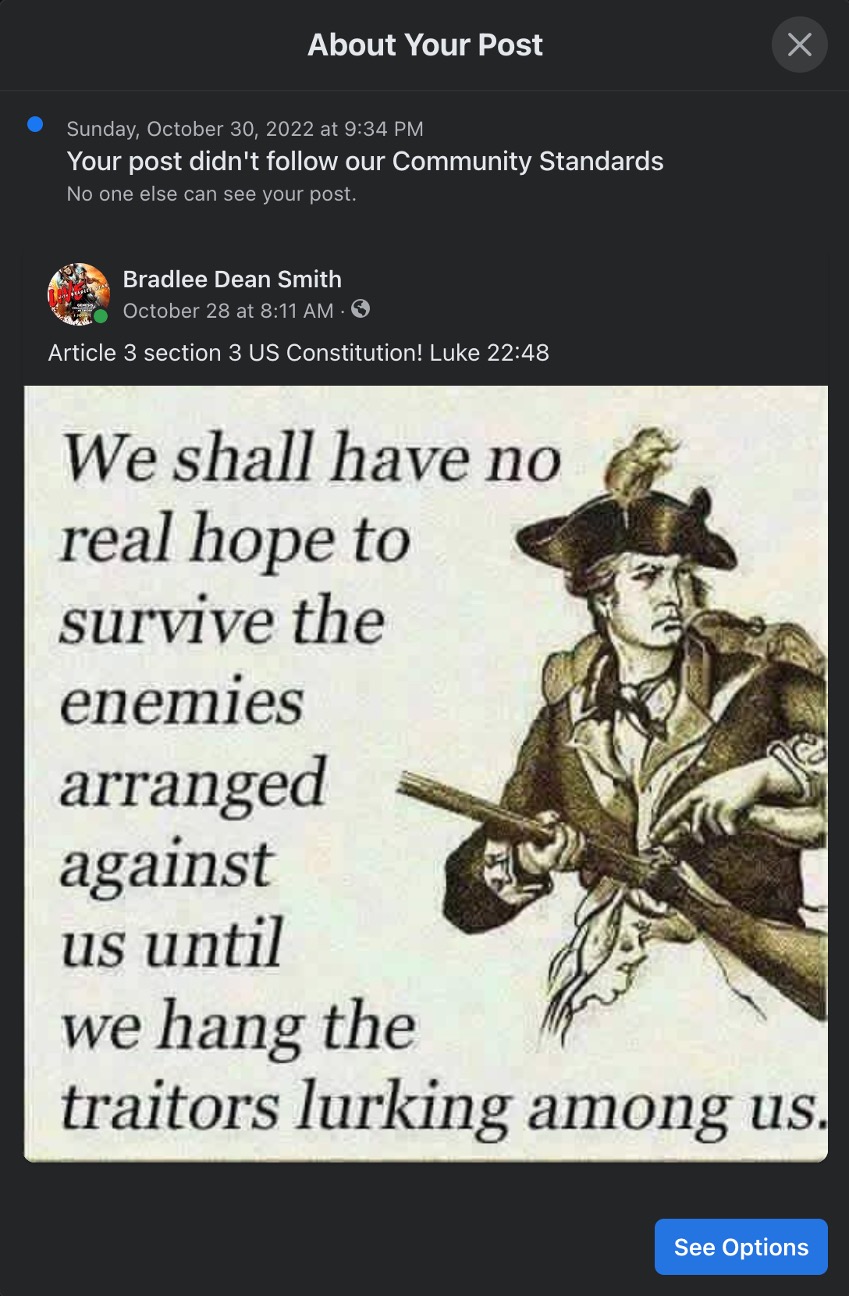 Regardless of those who mean to subvert American government, law unto judgment upon the heads of the guilty is the only remedy when it comes to those who are guilty of treason (Isaiah 26:9).

This entry was posted in Corruption in Washington. Bookmark the permalink.