“You Just Have to Put it Out of Your Mind”

On Memorial Day, Barack Obama unashamedly did his best to attempt to save face by showing up at Arlington National Cemetery with the hopes that you would believe that he supports American ideals, along with our boys and girls in uniform. All the while, he spends his allotted time (to America’s own demise) destroying and desecrating their memories by trampling the Constitution they sacrificed themselves to magnify. 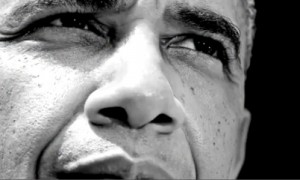 Barack Obama portrays himself as a hero to the American people, especially the youth.

“We rededicate ourselves to our sacred obligations to all who wear America’s uniform, and to the families who stand by them always,” Obama said, pledging troops would have needed resources and that the United States would continue to search for those who had gone missing or become prisoners of war.

“As we’ve been reminded in recent days, we must do more to keep faith with our veterans and their families, and ensure they get the care and benefits and opportunities that they’ve earned and that they deserve,” he said.

If you were to look no further, like many do, you could take him at face value for what he says; yet, friends, the opposite is true when it comes to what his administration has done. This is due to the fact that those who are fighting in Afghanistan have suffered lack, as have the veterans at home who have suffered long delays in receiving health care. Not to mention the fact that the Department of Veterans Affairs has engaged in mismanagement and cover-ups.

Again, Obama is hoping that you will put the crimes he has committed, and is committing against the American people on a daily basis, out of your mind. 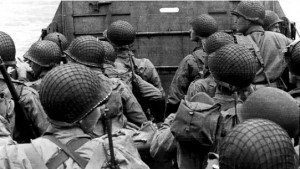 Never forget the sacrifice of our soldiers!

I remember walking into a restaurant during one particular high-school assembly tour that I was on in the state of Missouri, where I noticed a veteran with a hat on that said “Tank Two.” I walked up to this man, kneeled down to him as he was finishing up his dinner, put my hand in his hand and told him, “Thank you very much for your service to our country.” I got back up turned around and walked out to our tour bus. No sooner than getting on the bus did I notice that this veteran followed me outside, took off his hat, waved it back and forth and started to thank us for what we were doing in the public-school system. This man’s wife walked up to one of my ministry team members and said, “Did you know that since 1944, not one person has ever told my husband ‘thank you’ for his service?”

I made sure that I did.

After another high-school assembly in the state of Iowa, we walked into a little local restaurant and noticed an older man sitting by himself. I walked over to him and asked him if he served in our military during World War II. He said he did, and I asked him if he would tell me his story. He said he would. This man said that when he went into Germany, he was sent with a company of 50 men. After arriving, he was sent, along with three men, to go out into a mini tank to scout out the terrain. Their tank was hit with a mortar that killed all of his buddies. When he came back to his company, all of the men had been killed. This man then put his hand over his mouth (shaking) and said, “You just have to put it out of your mind.”

I will never put this out of my mind.

After pulling up to a bank, I noticed a truck with a license plate that had “Vietnam veteran” on it. I pulled up to the teller window, looked over at a man and asked him if he was a veteran. He said he was. I told him thank you for his service, and, with tears in his eyes, he wanted to tell me his story. He told me that all that he received when got home was a protest from his own people. I assured him that if I had been old enough back in the ’70s, I would have done everything in my power to make sure that would’ve never happened.

Well friends, I am old enough now to make sure it never happens again.

When I hear firsthand testimonials from our veterans, and I listen to their stories, when I see that their sacrifices have been overlooked by so many, it then makes a lot of sense as to why the president is getting away with what he does. For the most part, the American people who are showing the same amount of disrespect and ingratitude are the ones allowing this criminal (the president) to do what he is doing.

To the veterans, I know “thank you” doesn’t make up for what you have done, but it is a good place to start! Better yet, I am taking it to the utmost extreme to live for what you sacrificed your lives for (John 15:13), and so is every true American patriot.

This, I am not putting out of my mind.

Is Obama a failure or a success?
The Price!

This entry was posted in Dean on Fire!, Military. Bookmark the permalink.